The U.S. Census Bureau is currently conducting its decennial census - a constitutionally mandated headcount of everyone living in the United States. An accurate Census count is vitally important for local communities, which is why the City of East Lansing has formed a Census 2020 Complete Count Committee that is working to get the word out about the importance of being counted.

If You Live Here, Be Counted Here

*In most cases, MSU students should still be counted in East Lansing, even if they have temporarily relocated due to the COVID-19 pandemic. Special thanks to ASMSU and COGS student leadership for sending this email out to Spartans on Wednesday, March 18. Students can learn more about the Census and the importance of being counted at https://msu.edu/census2020.

The 2020 Census form is now available to be filled out online at https://2020census.gov/. Most community members should have received an invitation in the mail to fill out their form online, but if they didn't, they can still fill it out by looking for the link indicating that they don't have their Census i.d. Community members can learn more about all the ways to respond to the Census here.


Why is it important?

Responding to the Census is not only an individual's civic duty; it also affects how much federal funding that communities receive to support housing, education, transportation, employment, healthcare and more. Federal funding of approximately $1,800 per person, per year will be allocated to communities over the next 10 years for each person counted. In Michigan, 42 percent of the state's budget relies on federal funding and more than $15 billion in federal and state funding has been distributed to Michigan communities annually based on Census data. An accurate Census count also helps communities to plan for the future (i.e. business attraction, neighborhood/housing improvements) and is essential for fair distribution of political representation.

Beginning in March 2020, most households (80 percent) will receive an invitation to complete the Census questionnaire online. The other 20 percent of households (areas identified as less likely to respond online) will receive a paper questionnaire along with their invitation to respond online or by phone. A series of reminder letters and postcards will be sent following this initial mailing and the U.S. Census Bureau will follow up in person with households that have yet to respond, beginning in August 2020. Community members should note that the U.S. Census Bureau has made some operational adjustments due to the COVID-19 crisis. Learn more.

There is no question pertaining to citizenship on the Census form. International community members, regardless of their citizenship status, should still fill out the Census form indicating where they live and sleep the majority of the year. Individuals are encouraged to fill out as much information as they feel comfortable sharing. 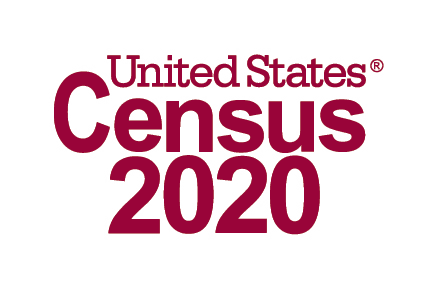