The Human Rights Commission (HRC) protects and promotes human dignity and respect for the rights of all individuals and groups; establishes and implements procedures to receive, investigate, mediate, conciliate, adjust, dispose of, issue orders and hold hearings on complaints arising under the human rights ordinance.

The HRC also makes recommendations to City Council on Community Development Block Grant and reviews and makes recommendations regarding the status of social services provided to East Lansing residents. These members represent to the extent practicable, the population of the city especially those groups protected by the ordinance.

The Commission consists of nine members who serve 3-year terms and meet monthly.

In accordance with Chapter 22 of the City Code, the City protects against discrimination or prejudice based on religion, race, color, national origin, age, height, weight, disability, sex, marital status, sexual orientation, gender identity or expression, student status or the use of adaptive devices or aides.

One of the reasons that the work of the HRC is so important is that East Lansing's ordinance provides non-discrimination protections that are more inclusive than either Michigan's Elliott-Larsen Civil Rights Act or Federal Law. Specifically, East Lansing's ordinance prohibits discrimination based on student status, sexual orientation and gender identity or expression. As a result, given the unique role that East Lansing plays in ensuring that LGBT individuals are protected from discrimination in the community, the City of East Lansing has appointed Shelli Neumann, HRC Staff Resource, to serve as a designated liaison to the LGBT community. Residents and visitors can contact Elaine Hardy with any questions or concerns at (517) 319-6942 or via email.

What do I do if I am discriminated against?

Immediately record the facts of the incident: date, time, place, names, etc. and complete the Initial Inquiry Form. A staff member will contact you to discuss your concern and to schedule an informal conference. If you have questions, please call East Lansing City Hall at (517) 319-6942 during normal business hours. Learn more.

The City protects the right to engage in any type of real estate transaction without discrimination. Learn more about Fair Housing.

Resolution to Acknowledge, Apologize for and Condemn Racial Discrimination in East Lansing

In February 2018, the East Lansing City Council adopted a Resolution (PDF) that acknowledges, apologizes for and condemns racial discrimination in East Lansing. The resolution was created in response to an inspiring, informational and personal essay penned by 15-year-old East Lansing High School student Alex Hosey, entitled "Why I Sit."

In celebration of the 30th Anniversary of the Americans with Disabilities Act (ADA), the HRC hosted a webinar titled "30 Years After the ADA - How Are We Doing?" The event consisted of a facilitated discussion on the topic and a Q&A portion from online participants. Community members can watch the recorded webinar on the City's YouTube channel.

The 2023 Meeting Schedule can be viewed here. 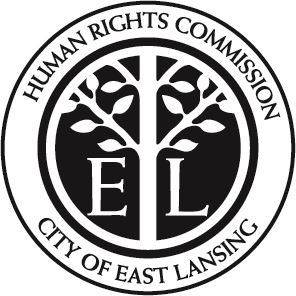 Apply for a Vacancy

Submit a Board / Commission Application to apply for an appointment to the Human Relations Commission.