Advisory Masks Required in City of East Lansing Buildings and at Public Meetings Read On... 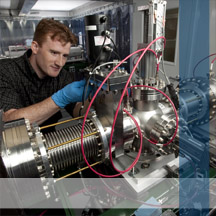 The Planning, Building & Development Department works to support economic growth in East Lansing. Through innovative programs, new economy initiatives and close collaboration with developers and entrepreneurs, East Lansing has become a destination for corporations, organizations and entrepreneurs to start and expand their operations.

To further economic development initiatives in East Lansing and Greater Lansing, the City of East Lansing works with a number of community partners, such as the Lansing Economic Area Partnership (LEAP) and Michigan State University (MSU).

Recent investment in the City of East Lansing has included major redevelopment projects in the downtown and in other commercial nodes, such as Trowbridge and Lake Lansing roads. The City is also home to a growing office district in its Northern Tier, paving the way for the successful opening and/or expansion of several financial institutions. Additionally, a number of cultural assets contribute significantly to the local economy, including the Eli and Edythe Broad Art Museum and Wharton Center for Performing Arts on the MSU campus.

East Lansing has received numerous accolades, including being named one of the 10 "Best College Towns to Start a Business" by Entrepreneur magazine, a Five Star Community for its work to foster entrepreneurial growth and the "Ten Happiest Small Places in America" by Movoto. In addition, East Lansing was ranked eighth on the U.S. Census' list of most walkable small cities between the years of 2008 and 2012.